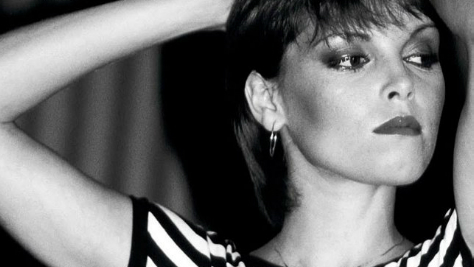 I’m in the car with Xochitl, driving her to soccer, when the radio begins playing the muscular opening riff to Pat Benatar’s “Hit Me With Your Best Shot.” And I recall:

Before you were born, when I was living in California and going to grad school, I was heavily involved with this website called PoopReport.com. It was run by a guy named Dave—PoopReport Dave—and the purpose of the site was pretty much exactly as it sounded: people posted stories about pooping, usually quite hilarious ones. Given that my dissertation research was about the scatological, I of course found this fascinating and wonderful. I wrote a paper about it and everything, which ended up being published in an online cultural studies journal. It was the first paper I ever had gotten accepted for publication and I worked all summer on it, even though I didn’t have anything I had to do that summer beyond work part-time for the Chicana/o Studies department as a research assistant and could have just chillaxed. But I was 23 at the time and completely obsessed with being an academic-in-training. I had no children, no family nearby and no close friends, having just moved to California. The guy who would become your dad stayed up all night playing text adventure games and making endless tweaks to his graphical user interface, so he wasn’t the kind of person who was going to stop me from driving myself into the ground writing my PoopReport paper like 24/7. By the end of the summer, though, I had written the paper and submitted it to the journal—I have to say, it was really good—and it was accepted, forever after cementing into me the idea that if you only worked punishingly and relentlessly hard enough, you could force good things to happen! Yay.

A year went by in which I sat in my empty, undecorated, shared teaching assistant office posting to the PoopReport forums as I waited for my undergraduate students to visit my office hours, and as I did I made friends with people all over the world whose forum handles were things like Pooper Scooper, Doniker, and Three Ply (my own handle was Poopshipdestroyer, after the song by Ween). As summer cycled back around, there came over the wire some exciting news: PoopReport Dave was swinging through San Francisco that June, and would I be interested in meeting up with him and other members of the California caca contingent? Boy oh boy would I!

We made plans for all of us to meet up at a bar, and I drove down from Davis to San Francisco, where—being from South Texas—I thought it was weirdly cold for summer. I was a little early, and for some reason had gotten it in my head that we would be congregating outside the bar first until everyone had arrived and then moving inside as a group. And so I waited for people to show up—10, 15, 20, then 30 minutes. I grew increasingly more anxious, and finally after almost an hour there on the curb, I found a pay phone on the street and called PoopReport Dave. The year was 2004, so although most people had cell phones, pay phones were still fairly plentiful for those without cells, such as myself.

When Dave answered, I was taken aback both to realize that he’d been inside the whole time with everyone else, but also at his brusqueness. He didn’t apologize for the misunderstanding or express concern that I’d been waiting or say anything welcoming at all. Instead he sounded indifferent, even irritated, as though I was the one who was late. I felt confused and a little hurt, but brushed it aside.

The next day we would hang out together again, driving through the Napa Valley area along with his sister, but it was even more uncomfortable. For reasons I couldn’t understand, PoopReport Dave and I just didn’t jibe in person: his brusqueness, coupled with his stories about all the happening things happening in Brooklyn, made me feel uncool; and I felt shabby and completely out of place in fancy Napa Valley. After stopping at an upscale little grocer for some picnic items, Dave and his sister went to a winery for some samples, which compounded the awkwardness since I don’t drink. Afterwards we sat outside in a big green Napa Valley field in the California sun for our picnic, but by that point my anxiety was so bad that I couldn’t eat much, just some chips, and I remember developing a nervous tic—I kept feeling the urge, after each greasy, salty chip, to reach up and wipe my hand on the shoulder of my sleeve—of which I was hyperaware but somehow unable to control. I was pretty sure Dave and his sister noticed too, and I was so embarrassed and felt like such a freak that I cried humiliated tears all the way back home to Davis, my PoopReport dreams dashed on the rocks of IRL reality.

That’s not the point of this story, though. The point of the story is that, at the end of the night in the bar in San Francisco, the group of us got up for some karaoke.

“We should sing a poop song,” someone declared, and we perused the bar’s karaoke directory to see what could possibly fit that bill. Finally Pooper Scooper stumbled upon it.

And so we did. And that, Xochitl, is what I think about whenever I hear that song.

As someone trying to take writing seriously with the little spare time I have outside of work and family, as someone just trying to live more deliberately and intentionally in general, and as (yes) a bipolar person whose mania frequently manifests as taking on too much and then crashing and burning, I’ve worked for over a year to develop a flowchart that will help me figure out when I should say “no” and when I should say “yes” to things. It’s a kind of artificial boundary machine, a magic 8 ball–an algorithm or formula into which I can plug unexpected opportunities, invitations, and the chaos of day-to-day stimulus and get a clear answer yes or no.

It’s taken me awhile, but I feel I’ve finally nailed all the right questions. An earlier version I drafted didn’t work–I had this chart, but still found I was repeatedly overstepping my own boundaries, saying yes to stuff when I knew I shouldn’t, then doing it anyway and doing damage to myself. Turning point was being able to bring to fuller consciousness that what drives much of my compulsive doing–especially when it comes to community work–is the feeling that I must help or that it would be wrong not to help. I had to be able to put this feeling into words before I could recognize it as an obstacle to living more purposefully, and I had to recognize it as an obstacle before I could figure out what question would allow me to sidestep it. When I could do that, I was able to develop a flowchart that feels like it intervenes at all the right pressure points.

I feel a little silly that I even have to do something like this, but, well, here I am. Thought it might be of some use to others: